Throughout her career, Dr. Benjamin has specialized in prevention policies that elevate health and wellness above a focus on treating sickness and disease. Her specialties include the social determinants of health, population health, obesity, childhood obesity, children’s health, mental health, suicide and violence prevention, and advocating for African Americans, rural communities and other at-risk or under-served groups. As Surgeon General (a.k.a “America’s Doctor”), Dr. Benjamin was a passionate and pioneering advocate for making prevention the foundation of public health. She also oversaw the operational command of 6,500 uniformed public health officers and served as chair of the National Prevention Council. After leaving public office, Dr. Benjamin continued to champion preventative policies and use her voice for health promotion. She founded both the Bayou Clinic and its partner organization, the Gulf States Health Policy Center in rural Alabama. Both have become national and international models for community health and improving health outcomes. As CEO, Dr. Benjamin leads the clinic’s community-based approach to integrated primary care for the area’s low-income residents, emphasizing preventative health and patient responsibility. She also created the Gulf States Health Policy Center (GS-HPC), a comprehensive community, education and research center working alongside communities in Alabama, Mississippi, Louisiana, Florida and Texas. A recipient of numerous grants from the National Institutes of Health, GS-HPC identifies pressing health issues and opportunities for policy change that will improve health outcomes.

Throughout her groundbreaking career, Dr. Benjamin has received numerous honors. In 1995, she was the first physician under the age of 40 and the first African American woman to be elected to the American Medical Association Board of Trustees. In 1998, Dr. Benjamin was the United States recipient of the Nelson Mandela Award for Health and Human Rights. She was honored with the 2000 National Caring Award, which was inspired by Mother Teresa and was recognized with the Papal honor Pro Ecclesia et Ponticifice from Pope Benedict XVI. In 2008, Dr. Benjamin was awarded a MacArthur Genius Award Fellowship. She is the 2011 recipient of the Chairman’s Award at the 42nd NAACP Image Awards and was #22 of Reader’s Digest “100 Most Trusted People in America.”

Dr. Benjamin is a member of the Institute of Medicine and a Fellow of the American Academy of Family Physicians. She has been chosen as a Kellogg National Fellow and Rockefeller Next Generation Leader. Her past board memberships include the Robert Wood Johnson Foundation, Kaiser Family Foundation Commission on Medicaid and the Uninsured, Catholic Health Association and Morehouse School of Medicine. She earned a BS in chemistry from Xavier University, New Orleans, attended Morehouse School of Medicine, earned an MD from the University of Alabama at Birmingham and an MBA from Tulane University. She is also the recipient of 25 honorary degrees.
Speaking At
Keynote Address with Dr. Regina Benjamin 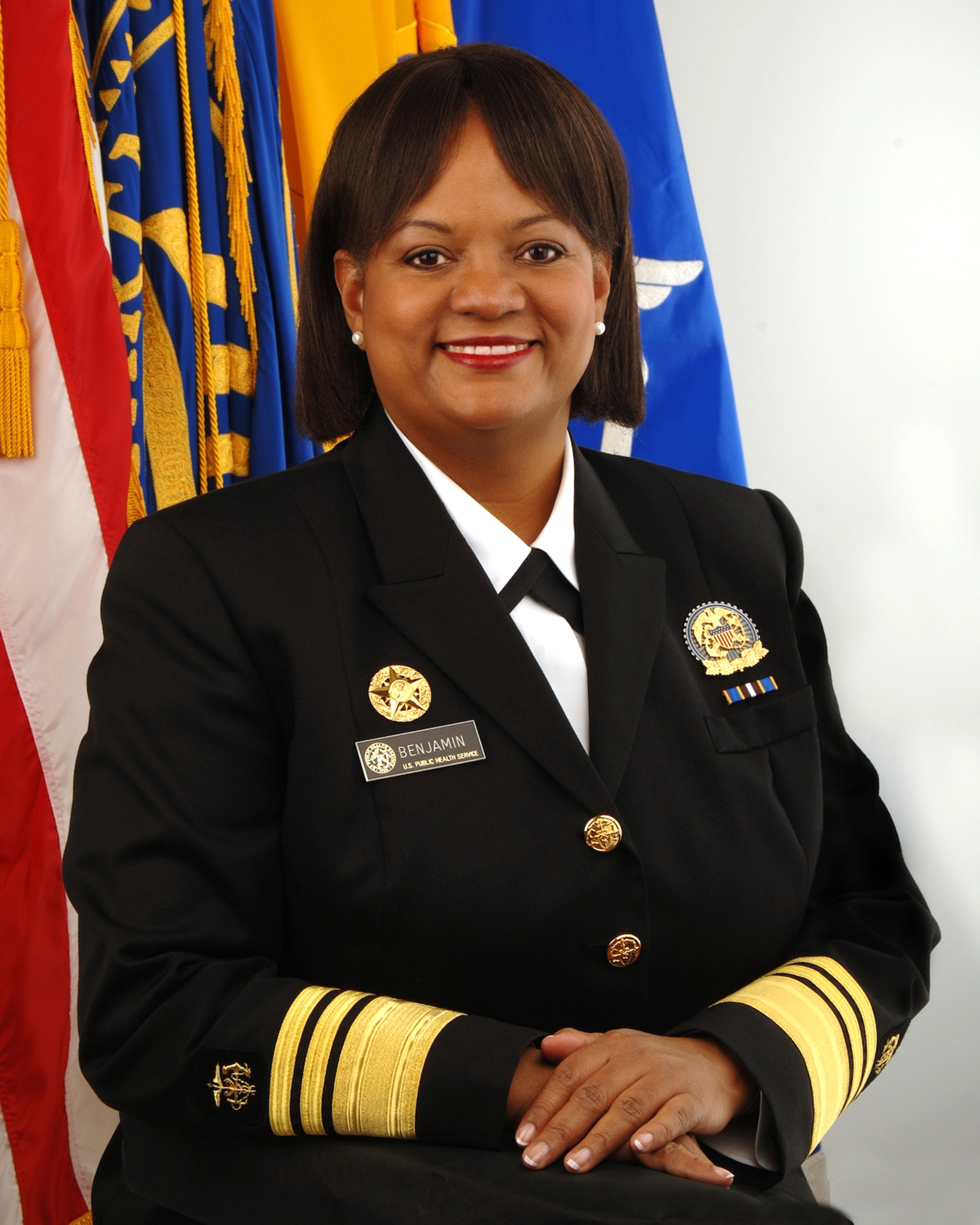